The well-furnished shelter of hope built by the Honorable Commissioner for Agricultural Resources, Dr. Glory Edet in partnership with the pet project of the governor’s wife, Family Empowerment and Youth Re-orientation Path-Initiative FEYReP, took the tally of houses delivered to vulnerable families in the state to 57 houses.

Dr. Emmanuel in her remarks stated that FEYReP over the years has become a beacon of hope for many vulnerable families across the state having provided soothing succor through life-saving initiatives such as the Shelter of Hope project.

She also informed the women on the recently-launched FEYReP Multipurpose Cooperative which she said was initiated to afford rural women free-interest loan for businesses, urging that they avail themselves of the opportunity to be self-reliant.
To the Agriculture Commissioner, the wife of the state chief executive thanked her for her robust partnership and prayed that God will reward her labour of love for the aged widow.

the Coordinator of FEYReP, Mrs. Ime Inyang, Dr. Emmanuel has in the last six years remained committed to her core vision of alleviating the pains of many lost in despair by effortlessly providing 57 houses to indigent families in the state.
While calling for more partnerships from well-placed individuals, Inyang added that before the governor’s wife exit in 2023, more families would benefit from the shelter of hope scheme of FEYReP.
The beneficiary, Madam Rose Ukeme, in gratitude stated that it was surreal for her to be gifted a new house saying she never thought of owning a house in her lifetime. She thanked God for the administration of Mr. Udom Emmanuel and wife Martha for being God sent to her family. 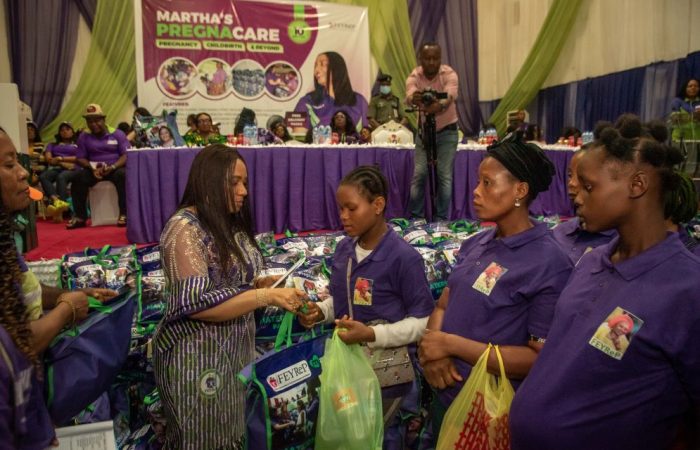 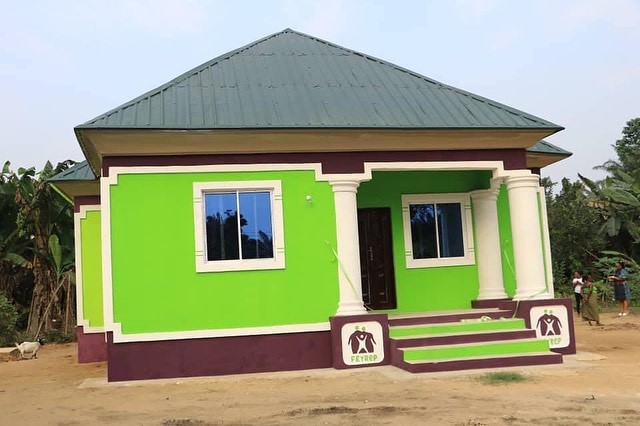 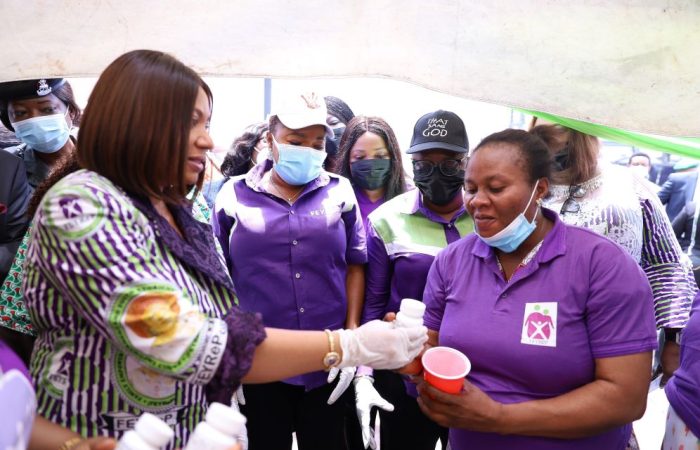 FEYReP is the Pet project Founded by Her Excellency Dr. Martha Udom Emmanuel, Wife of the Executive Governor of Akwa Ibom State.